Robin and Caroline arrived early doors on 30th, taking in some cafefaff, gear-shopping/faff and a walk up Wansfell near Ambleside. They had lovely weather! Sunny blue skies followed by a nice time gathering with everyone else once they arrived at the Sun pub that evening. 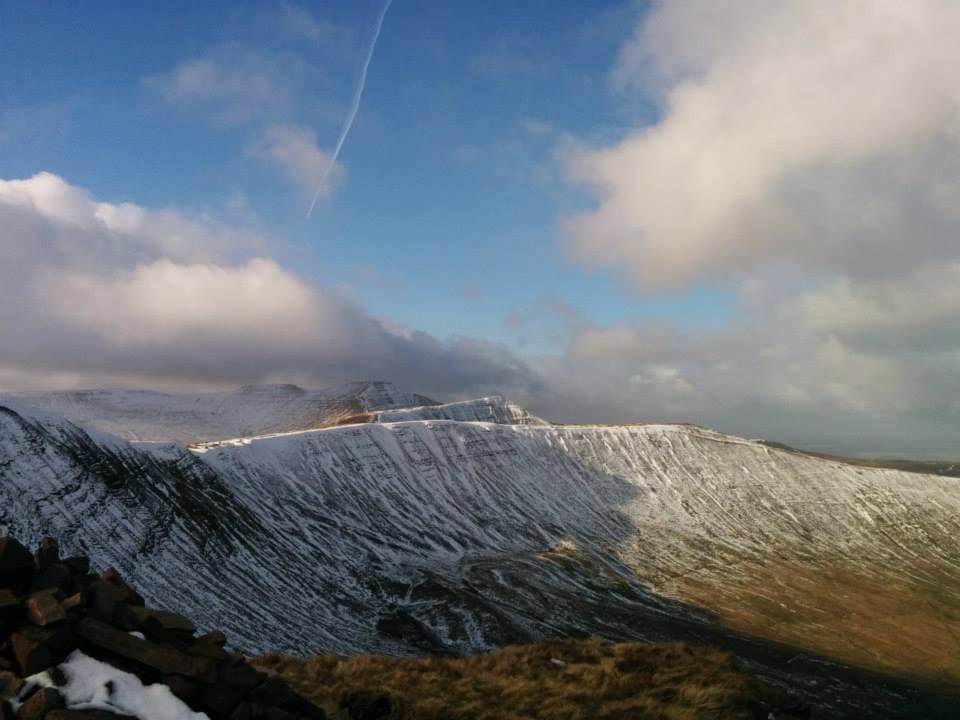 Robin set off for the most meandering walk possible up Coniston, up any old track in a roughly circular route. Sarah, Jules, Sebastian, Caroline and Alistair followed much to Robin’s amusement. They all experiencing perpetual cloud and a bit of rain; and returned via Levens water and the nymphs.
It was a race against the encroaching wet weather but they made it back in good time to get the all-important meal preparations underway and drink tea, nap, and get restored for the BIG NYE party. Wendy, Lucy, Jim and Chuck had a nice stroll around Howe Tarn later recommending it as a lazy day to anyone who would listen.

That night everyone feasted upon a twelve-course dinner (no room for pudding for some unfortunates!), and partook in some interesting and fun games! The weather forecast the following day led to the general merriment and sense that there was no point getting up early so we may as well just party on. 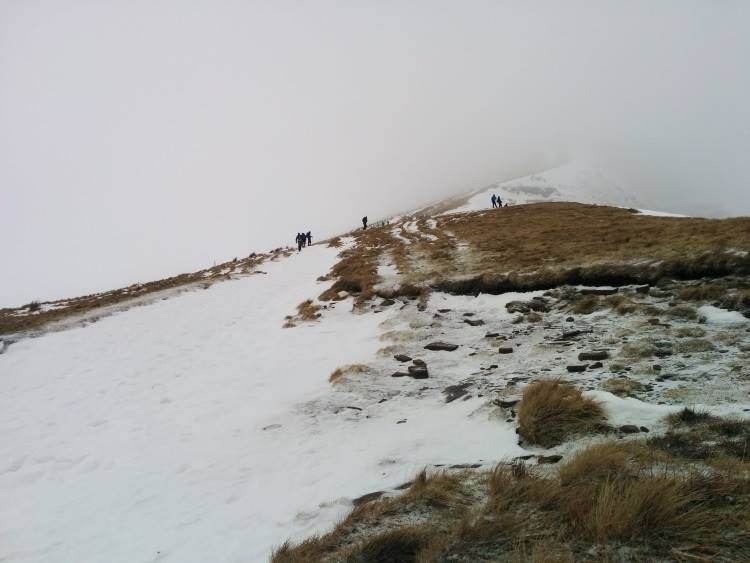 Robin ran with Rick via the picturesque Howe Tarn and Hodge Close in the not so pleasant weather while some of the others slept very late!
Bea, Tomek and Caroline did a fantastic walk up to Tarn Hows. Perpetual rain but besides that good conditions. Lovely woodland and fields, taking in some of the Cumbrian Way and other rambling bridleways and paths.

Jim, Lucy, Wendy and Chuck managed to find the wettest point in space time in the Lake District for a walk which brought it to a quick end! This walk they did not recommend.
Jules stayed in bed until 1pm and then crept down to Coniston village to the teashop with Sarah followed by drinks at the Black Bull meeting up with Wendy, Lucy, Jim and Chuck, Seb, Rick, Tomek, Bea and Caroline.

Only Jules and Caroline fancied the walk back up the hill to the hut spurning the offer of a lift from Chuck (whose ulterior motive of getting his hands on some of the leftovers was thwarted!!) The rain had stopped by then, it was a pleasant stroll. Potluck dinner abounded back at the bunkhouse followed by a sedate evening. 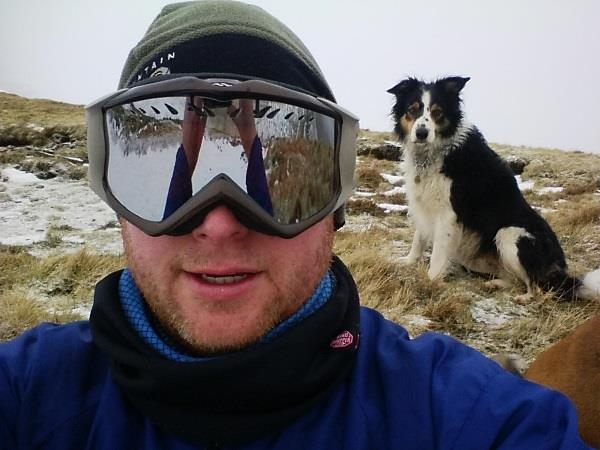 Robin went for a run with the dogs over to Elterwater for a couple of hours. Margaret, Jos, Rick, Sarah and Caroline and Jules walked up to Stickle Ghyll to the Tarn and then Jos, Jules and Maragret walked up the back of Pavey Ark while the others scrambled up Jack’s Rake.

Having lunch somewhere sheltered from the wind near the top they saw the others eating their sandwiches near the top of the crag. The group reunited at the top of Harrison Stickle where the wind intensified then they all went on to Pike of Stickle, where they had a short stop for tea.

Caroline and Rick also did a short detour up Gimmer Crags.  From Pike of Stickle they walked down to Stakes Pass and down Stakes Gill into Mickledore Beck to arrive back at the pub at about 4 for tea, drinks and chips.  It was a great day out on the hills.

Chuck, Wendy, Jim and Lucy had a slightly later start after a Full English at a Langdale cafe. Wendy and Chuck did the same walk as the others, with Jim and Lucy joining them for the first bit before heading back to France. Chuck and Wendy particularly enjoyed the scramble!

Seb, Tomek and Bea climbed Wetherlam via Steel Edge. They read about it in one of the magazines in the hut and were expecting to find some scrambling there but missed the line saying it was more of a winter ridge than scramble. From Wetherlam they continued to Swirl How and attempted the Old Man of Coniston from there. But winds proved to be stronger than the party, so they headed down the hut via the water reservoir instead.

Alistair attempted to reach Scafell Pike only to be defeated by fading light, probably just as well given that the approach included wading through a swollen river with boots off!

Luckily remnants of the potluck dinner still continued to find happy hikers when they returned to the hut! 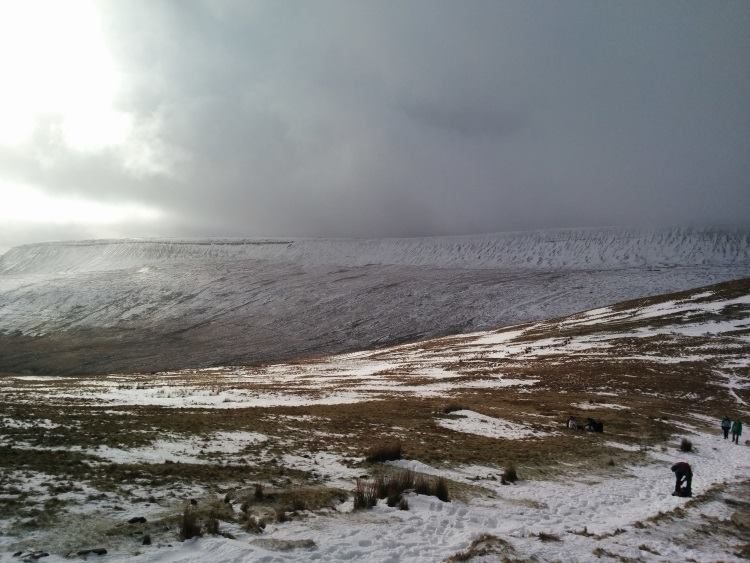 Caroline with Chuck, Wendy, Robin and his dogs walked up Bow Fell and Rossett Pike in the snow. They set out in what looked like dodgy weather, but amazingly it cleared just before the final ascent on to Bow Fell. Icy, wintery, super! Ending in the New Dungeon Ghyll for a swift half. Tomek and Seb finally made it to the top of the Old Man of Coniston. It was a bit foggy when they heading up but on the way down all the clouds disappeared and they had a perfect view on the valley.
Then on their last day Jules went for a walk in the morning with Sarah around Coniston village before heading home with Sarah, Tomek and Sebastian stopping off at the Elterwater Hotel for a swish lunch. 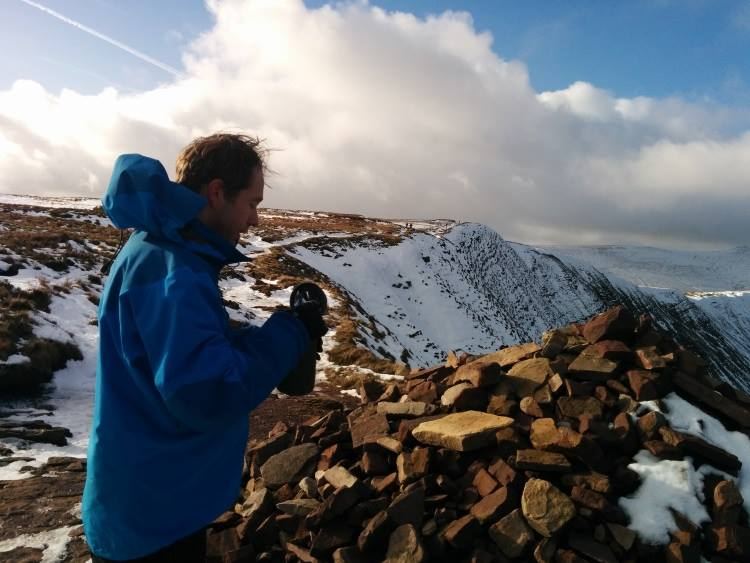 Bea, Wendy, Chuck, Robin and Caroline walked up Helvellyn – the walk turned into full force winter conditions three quarters of the way up. A bit of a clothing faff later they made it to the top through the ice and snow. On the way down they found a nice spot for lunch with glorious views. The perfect walk before the long trip home!