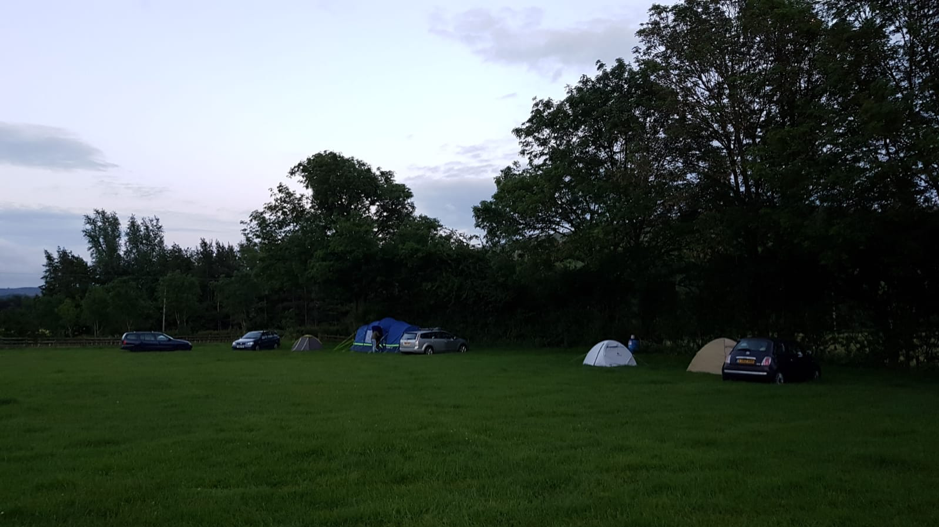 Hope springs eternal – but the showers are time limited.

Our annual introductory meet for new and prospective members took place over a weekend of mixed weather. Not ‘mixed’ in the ‘a bag of mixed nuts’ sense – sure you may prefer cashews but peanuts are ok, right? This was more like picking up a bag that was 50% nuts and 50% gravel. Anyway, I digress. Saturday morning found team MMC at Bamford edge. Extremely close to our campsite in Hope and moderately busy on a drizzly morning, the crag provided immediate entertainment for Chuck who, emulating 90s TV favourite Gladiators, decided to chase a fellow climber virtually up the same route (Bamford wall S**). 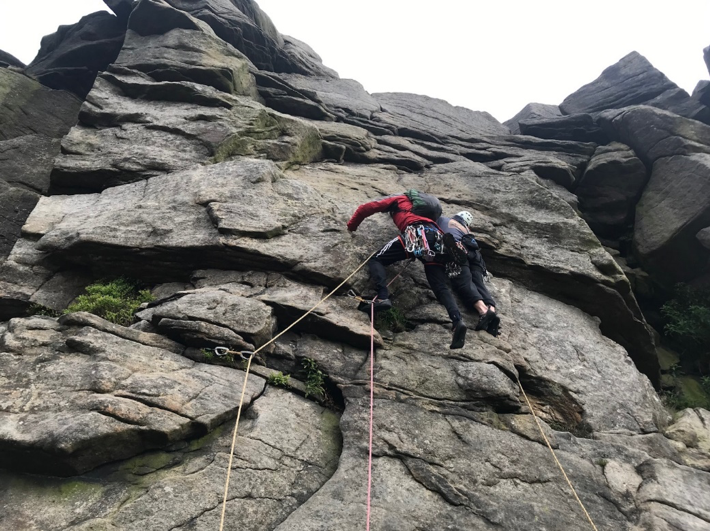 Meanwhile Elman and Damian were seeking out unusually shaped cracks…Damian was less than pleased when he got stuck halfway up a Curved Crack (VS**) but, one or two short rests later, he finished off in style. On a similar theme (Ed – do you have to?), after exerting themselves on a number of face climbs, Nick and Ollie were now struggling with Brown’s Crack [INSERT JOKE OF YOUR CHOOSING HERE]. However, topping out to see a Lancaster Bomber fly low over Ladybower reservoir, in an emulation of the dam-busters raid, completely took their minds off the previous struggle. 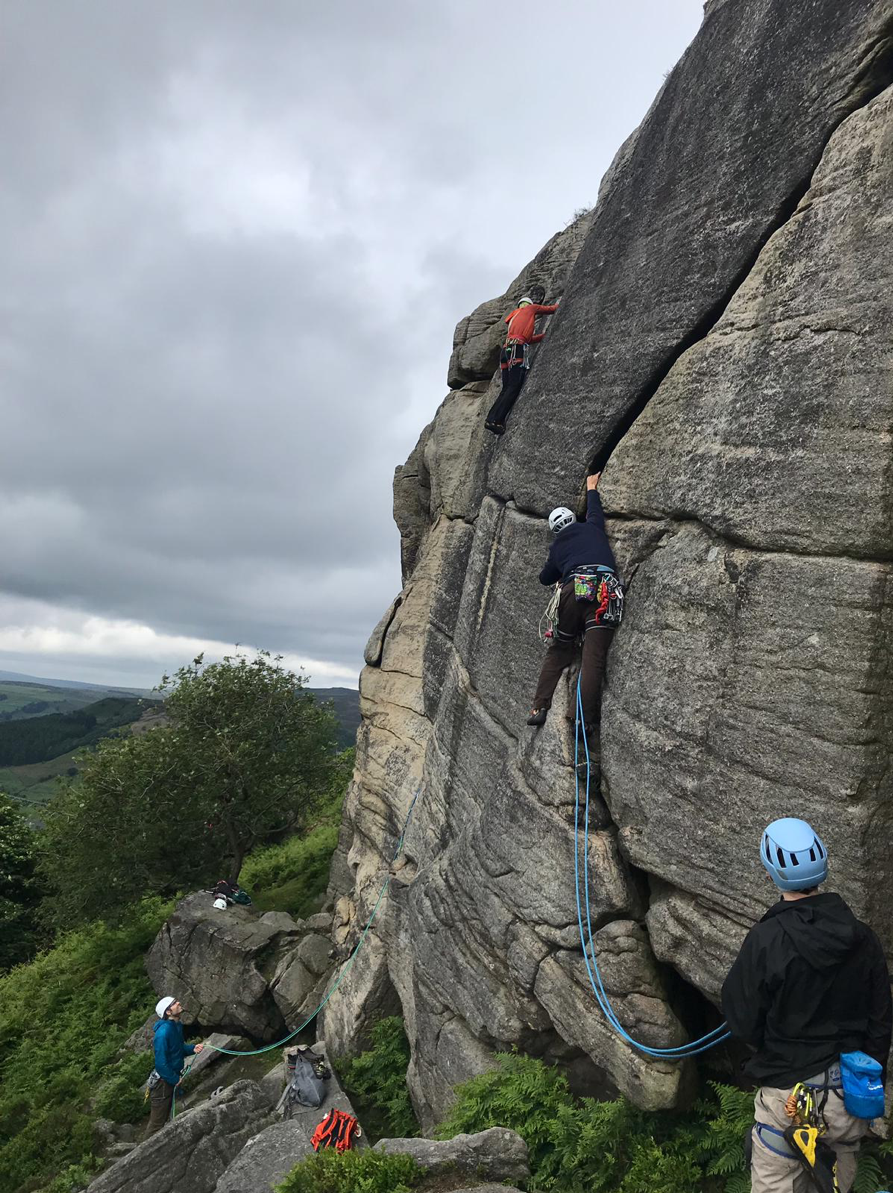 Good craic on the cracks

Unfortunately, after 5 or so routes Mother Nature turned on the taps and a forced retreat was made to the indoor “Outside café” in Hathersage. Having replaced our wet clothes with some (ahem) excellent value new ones we then set course back to Hope and had a relaxing evening in the pub where Stefanie, Alison, Satish et al updated us on how the ‘indoor to outdoor’ training had progressed. 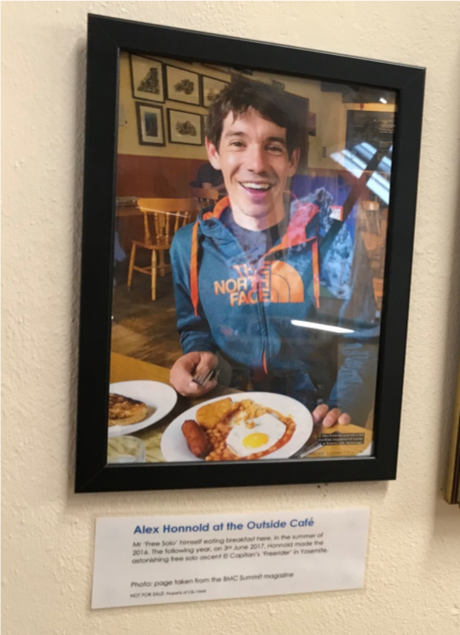 If it’s good enough for him

On Sunday your author was otherwise engaged…but I am (somewhat reliably) informed by Marie and Chrissie that activities moved on to Burbage North. At least until the rains came thundering down again… 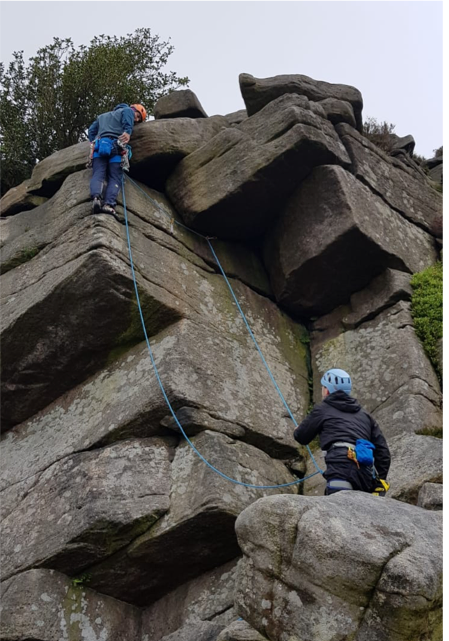 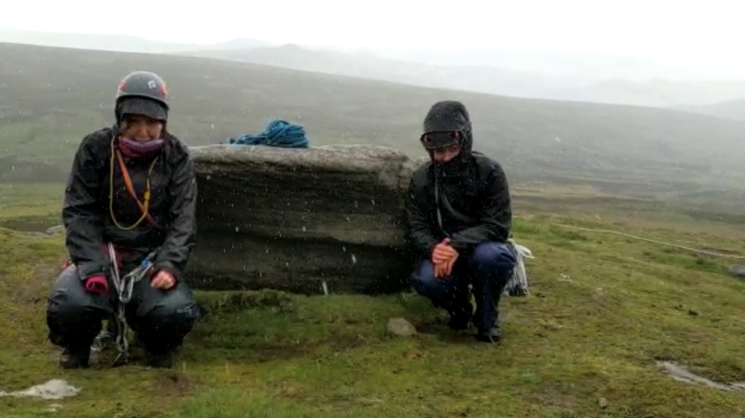 People say “There’s no such thing as bad weather, just the wrong clothing…” I disagree.

Many thanks to Wendy for organising a hugely entertaining weekend. We look forward to welcoming our new members on future meets.